Low Cost and Free events for the family 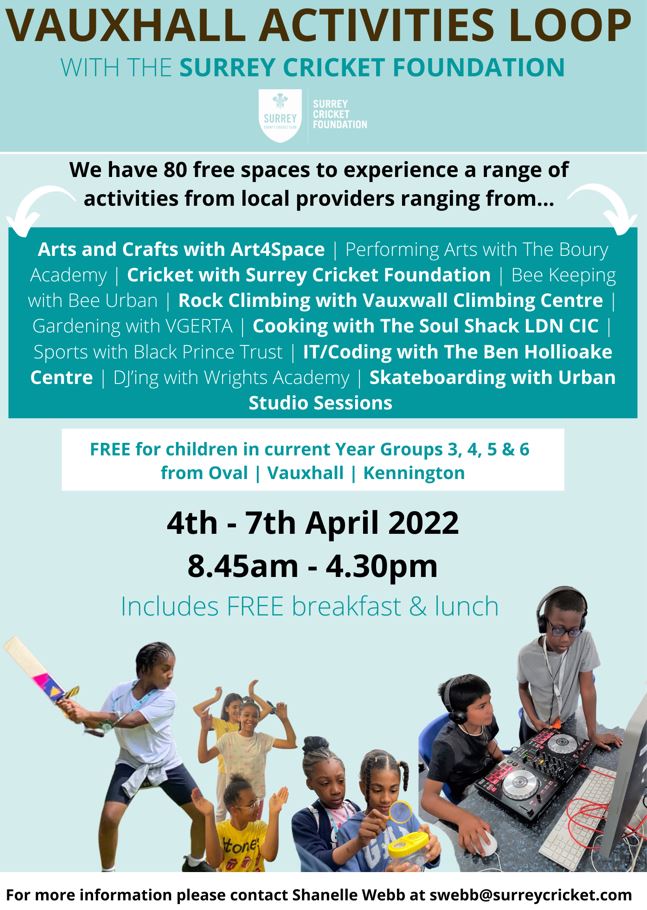 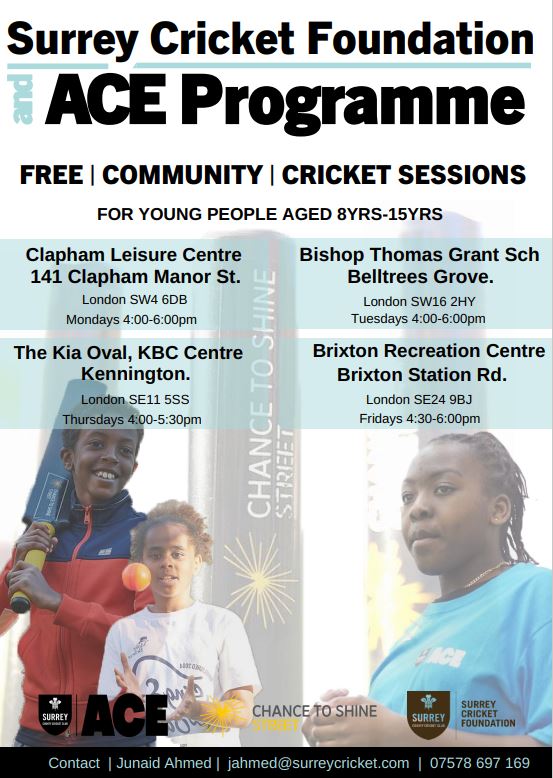 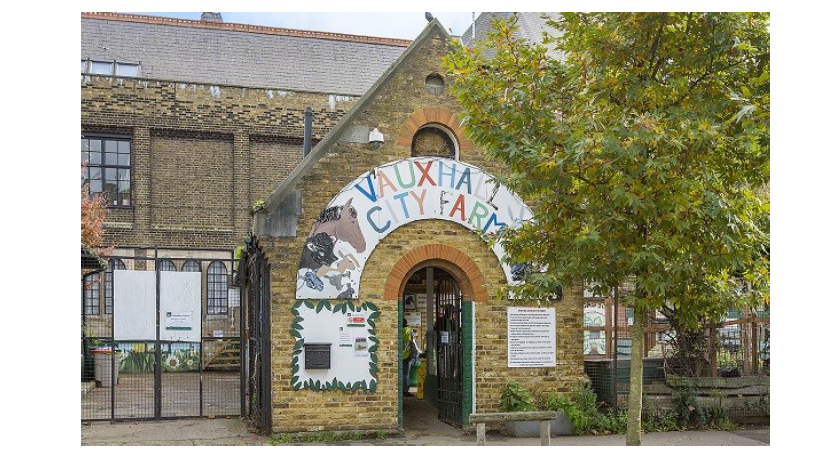 From the 14th - 18th Feb, Vauxhall City Farm will be conducting a Sustainable Spring holiday club. It will focus on the main themes of: Waste, Growing, Pollution, Energy & Ecology. It will, of course, all be centred around our wonderful animals and garden project too.

More info can be found here: 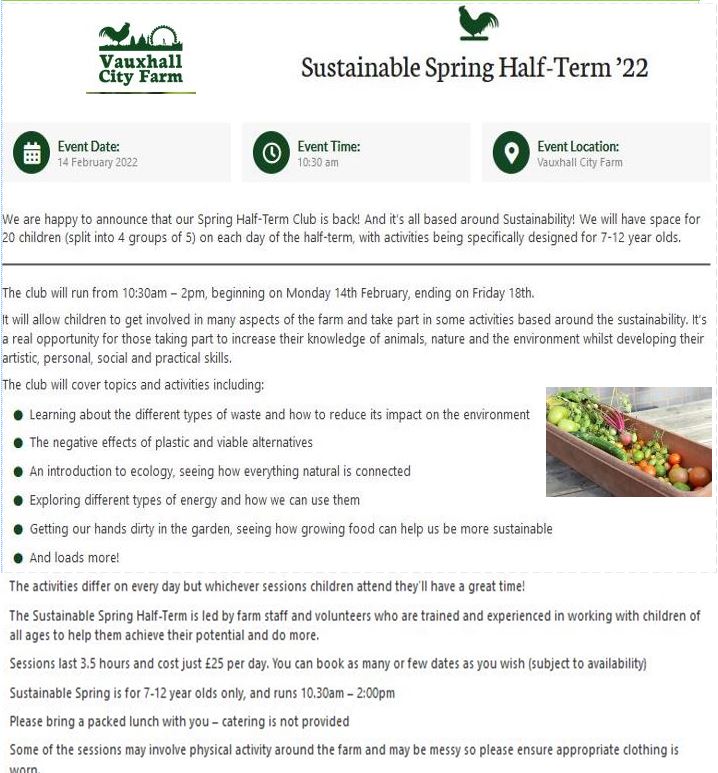 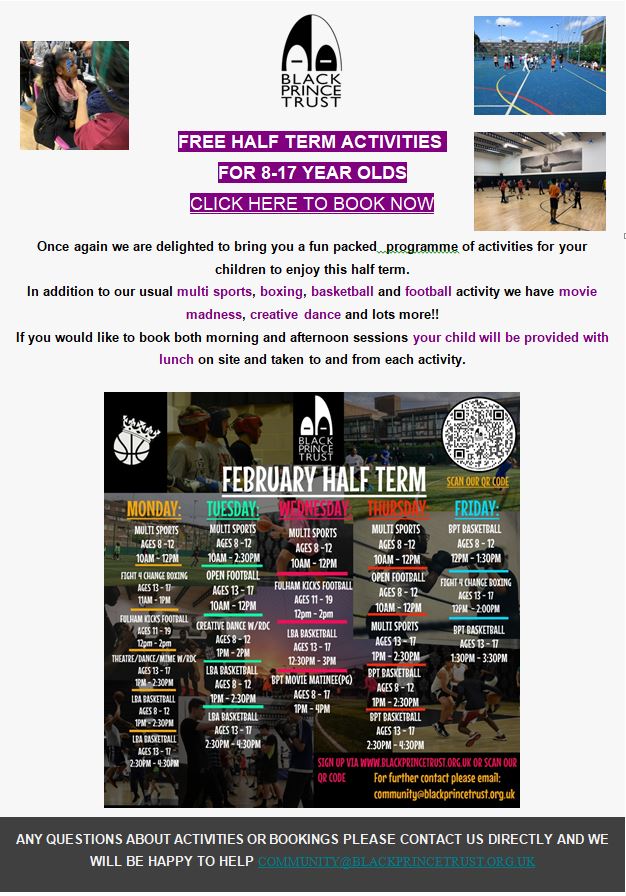 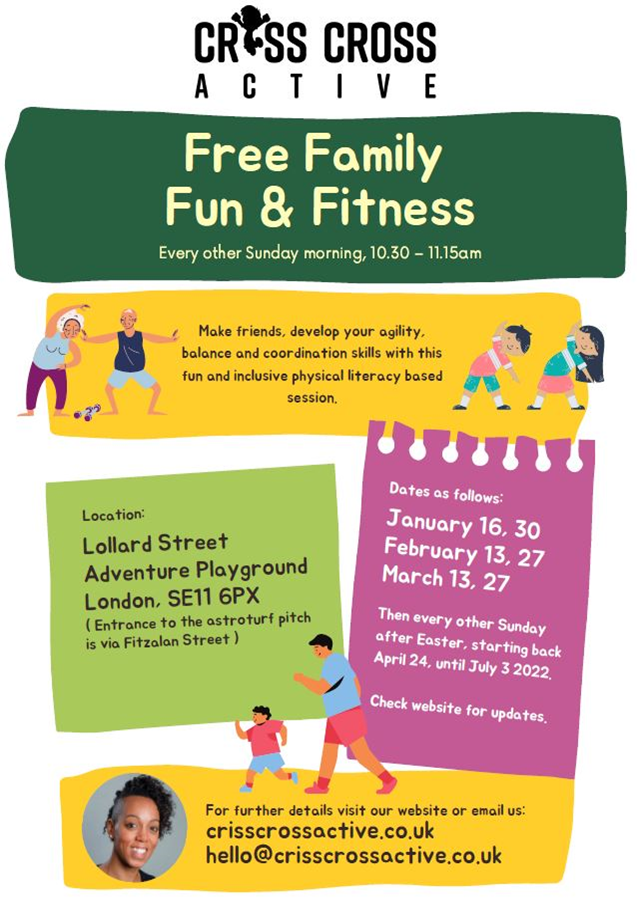